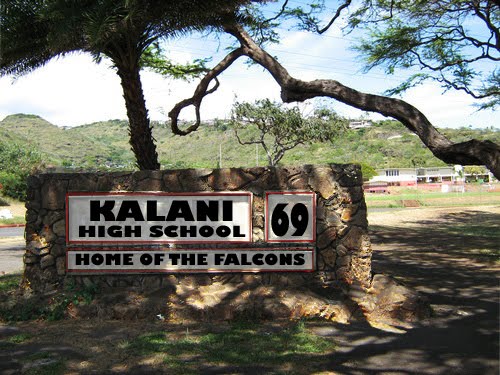 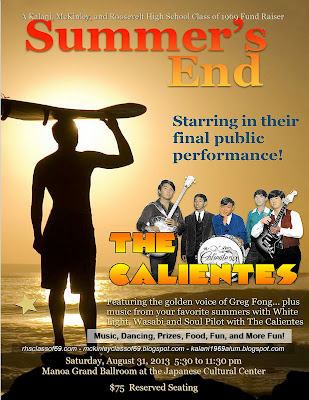 Summer's End, the joint fund raising efforts of a group of '69 alumni from Kalani, McKinley, and Roosevelt High Schools was a huge success.  Now that the dance is over and the Calientes' final performance has settled into the sunset, all that's left is the lone surfer standing on the rocky shore waiting for the next adventure. 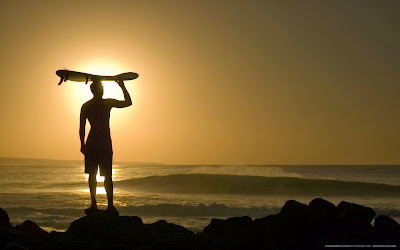 On Friday, November 29, 2013, at the Kalani Alumni Dinner that was held at the Ala Moana Hotel, Bobby Imoto and Joanne Chikuma presented the current principal, Mitchell Otani with Kalani's portion of the proceeds from the dance.

Bobby commented to the attendees that the group made up of classmates from Kalani, McKinley and Roosevelt wanted to do something for their schools that would directly benefit their operations.  Soliciting donations for this effort would have been the most likely strategy to pursue.  The group, however, felt that working together as a combined team representing three different schools would send a stronger message about giving back to their alma maters.  They hoped that it would set an example for other graduates and classmates to follow with either their own projects or join them on future ones.  The group was successful in not only making a difference for their schools.  They developed new friendships, made a difference in the community, and had a lot of fun doing so. 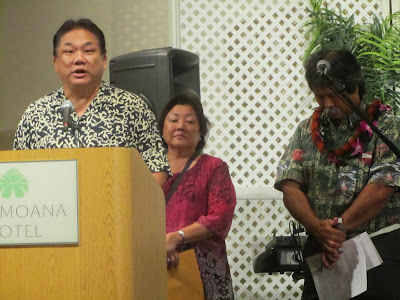 Joanne and Bobby presented a check to Principal Mitchell Otani in the amount of $5,100 to use on projects for Kalani High School.  This amount includes Kalani's portion of the proceeds from the Summer's End dance and donations made in the name of the dance to Kalani High School 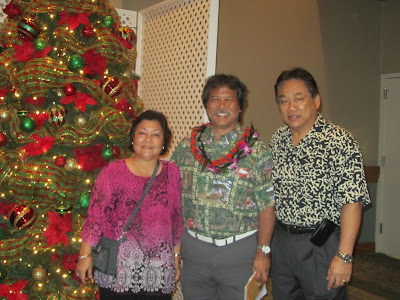 Special Mahalo and kudos to Joanne Chikuma for all her hard work in coordinating the ticket collections, organizing KHS committee meetings, serving as liaison with the joint school committee, and mostly for "cheering" us on!!


Posted by Kalani69 Alumni Committee at 1:01 AM No comments: